Looks like we are witnessing a long unprecedented downtime from Mr. Dontbeevil. I was listening to youtube this morning when I am suddenly put before a sad monkey. 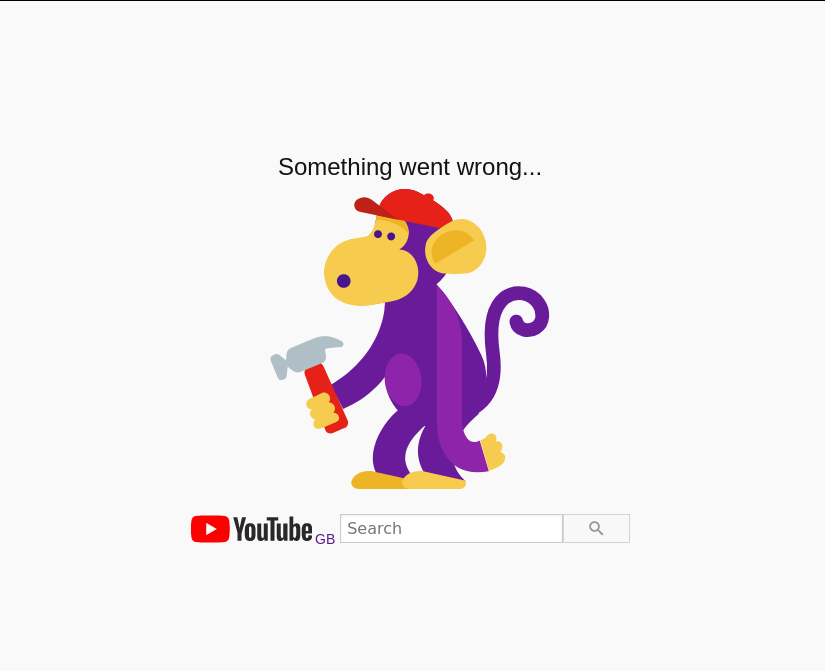 Moreover, Gmail was down too!

I refreshed several times to no success, changed my browser to Chromium and hit Youtube from there. I am not logged in on Chromium which made me suspect it’s the authentication that is broken.

A quick search on Metager for ‘is google down’ got me to a few classic status pages, which when visited also threw a 503 or other errors. Ominous.

Meanwhile my Telegram started blaring with friends noticing Gmail, Gdocs and everything are not working.

I finally found a good downtime map, showing that most likely Google Europe is down. I confirmed this by using my ProtonVPN to connect to the US, Australia, and Japan, and indeed, I was able to hit Gmail again when authenticated. 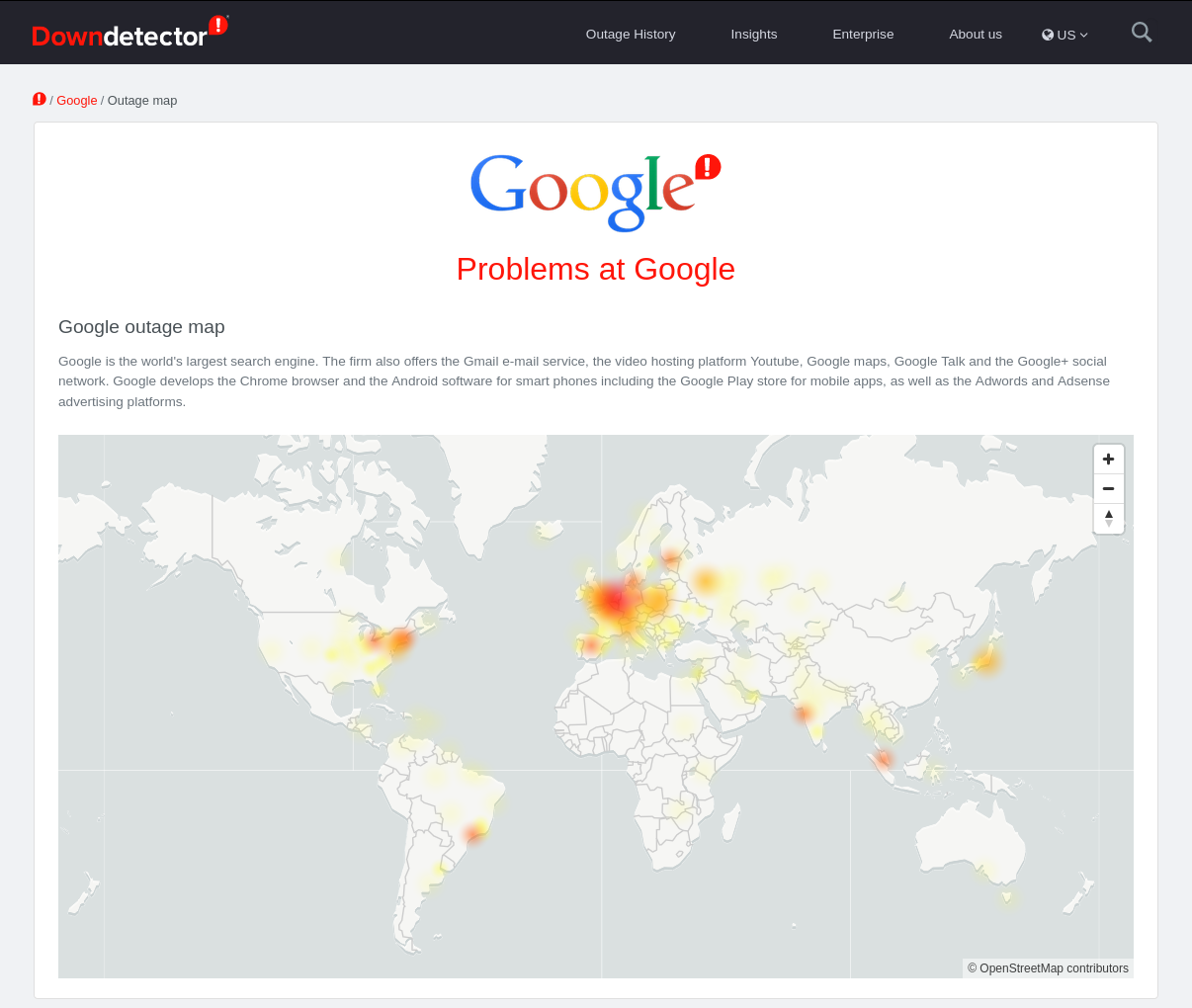 So what to do, what to do? In case you are based in Europe and have all your eggs in the Google basket, run and get a VPN. I use ProtonVPN, but I would actually recommend Mullvad even more, as they are supporting a new VPN protocol, Wireguard, which is more fast and more secure than the currently most popular VPN protocol, OpenVPN. Fwiw, Protonmail also economically supports Wireguard, but their VPN still does not implement it.

Otherwise, here are a few alternatives I use…

So are we witnessing the end of the dreaded Google? Most likely not, but it was quite cathartic to see they are not omnipotent today, just like in the old days of the world-wide-wild-west.

Stay tuned, for now I’m keen to research more funky downtime stories, but I have deadlines to meet now!

This continued escalating in a crazy fashion. Later on Dec 16, at 2AM GMT, I received an email from Protonmail:

Later the emails started working again, but this was quite shocking nontheless. An email provider to get such a big issue that is causing cascading errors to other providers.

The incidents are documented in the Google status updates.